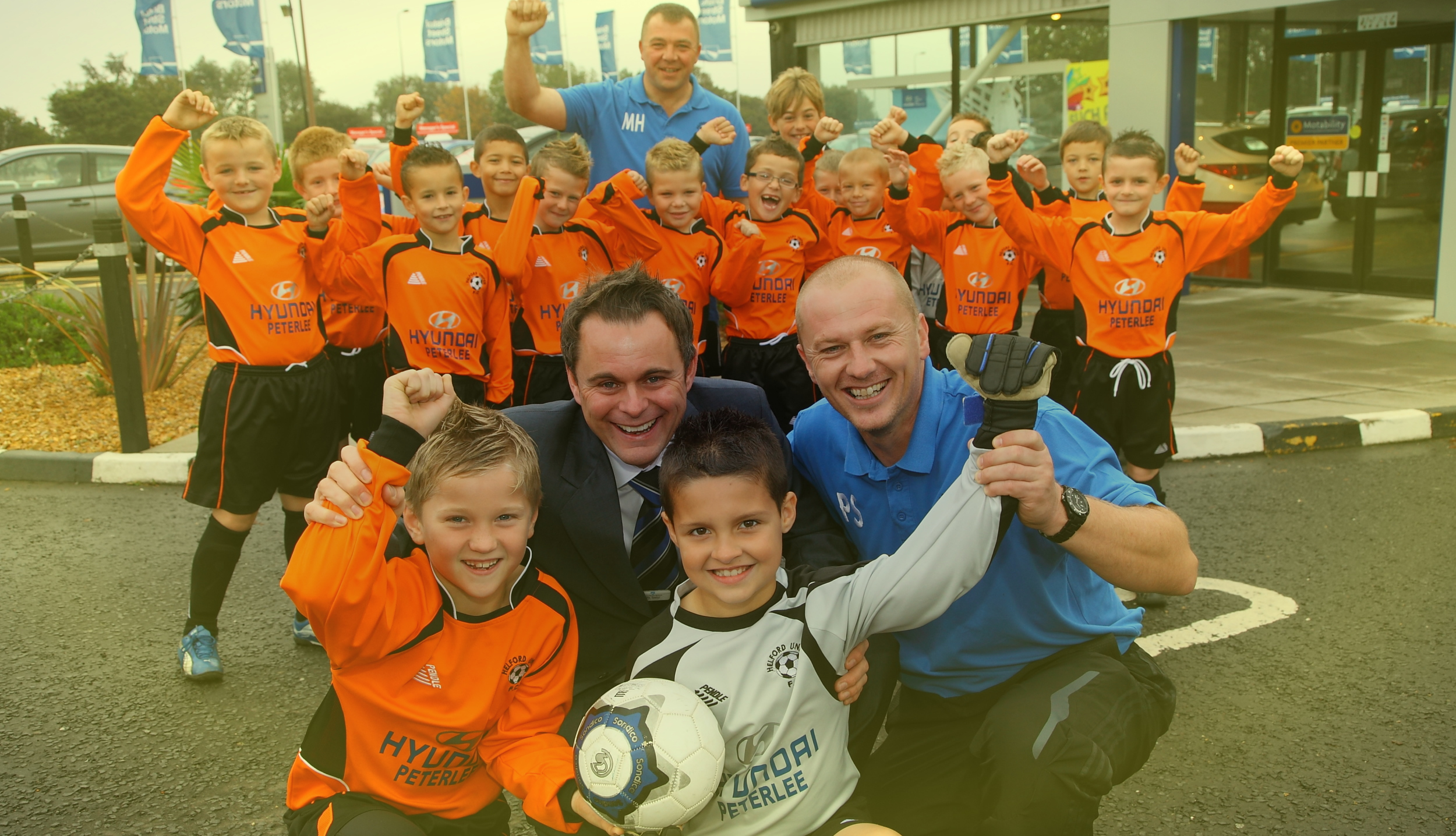 The football club has two teams of local children from Shotton Colliery, Peterlee, Horden, Blackhall and Castle Eden. It is coached by two parents, who saved the club from folding earlier this year when the team was split into two age ranges and new players needed to be recruited, the original manager also decided to leave. Sponsorship from the Hyundai dealership, which is part of national motor retailer Vertu Motors plc, has helped the club to purchase new equipment including footballs, goal nets, and new team kits. Both the under 8’s and under 9’s play in the Junior League at Newbottle, every Saturday morning. The teams train together at the Pavilion, Helford Road, Peterlee, under the supervision of parents and newly qualified coaches Michael Hughes and Paul Stephenson, who recently passed their Level One FA coaching course.

Michael Hughes, Coach at Peterlee Helford United, said: “It was such a shame when we thought the club was going to be disbanded. The football club is a great way for the kids to socialise, so we decided to keep it going with the help of parents and carers of the children involved. “Bristol Street Motors has helped the club a great deal. We have been able to provide fantastic kit for the children and they look very professional! The whole team want to thank Bristol Street Motors for all their support.”

Billy Taylor, General Manager at Bristol Street Motors Peterlee, said: “The Helford football team is a great example of community spirit. The team was saved by parents who believed the children should have somewhere to play sport and we support this whole-heartedly. “The football team is a vital part of the communities our Hyundai dealership serves, so it’s very fitting that we are supporting them.”