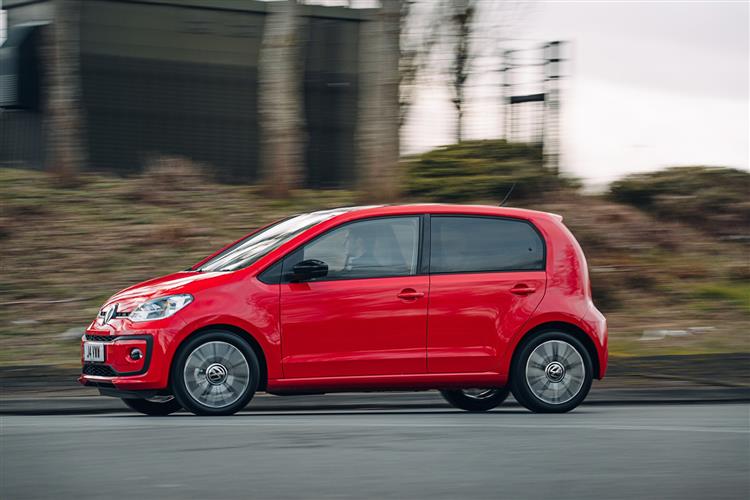 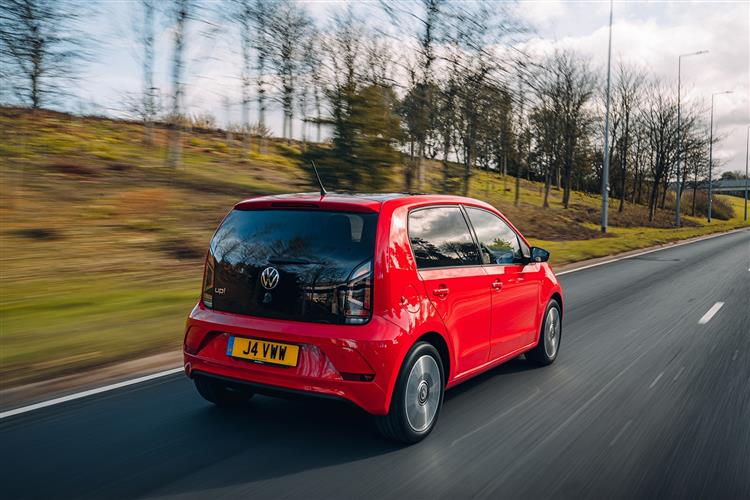 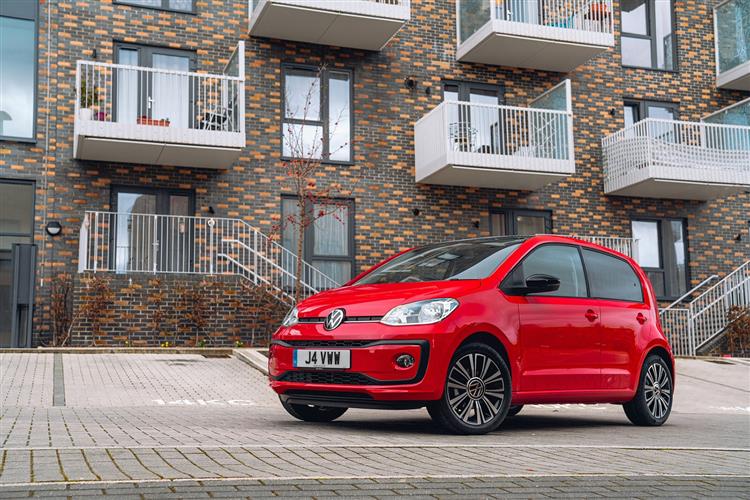 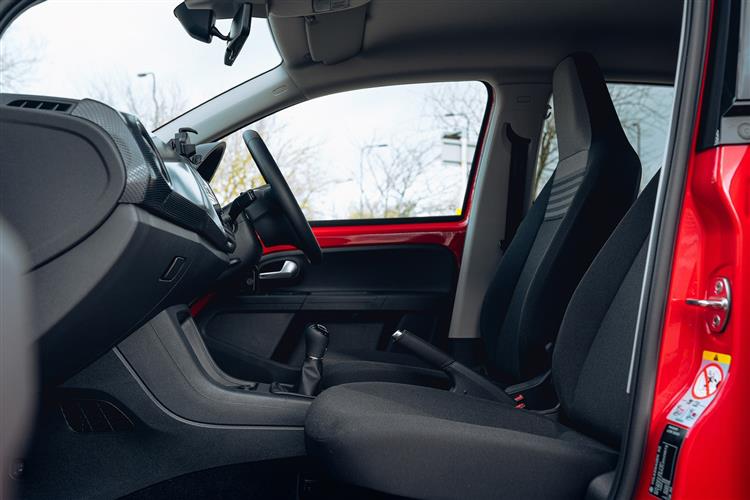 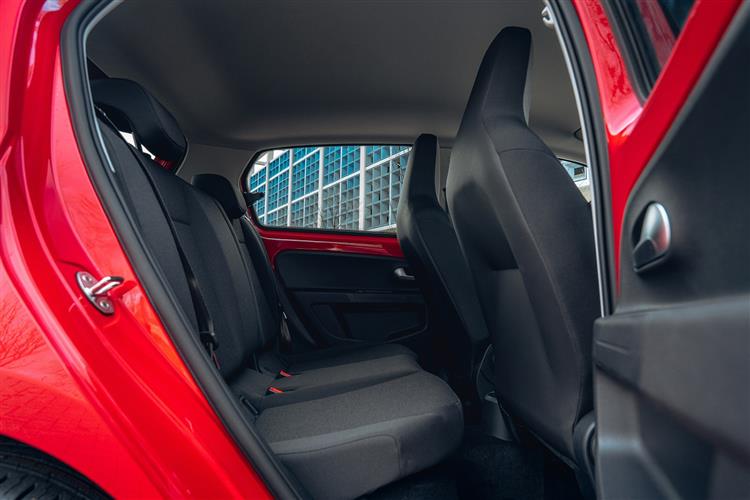 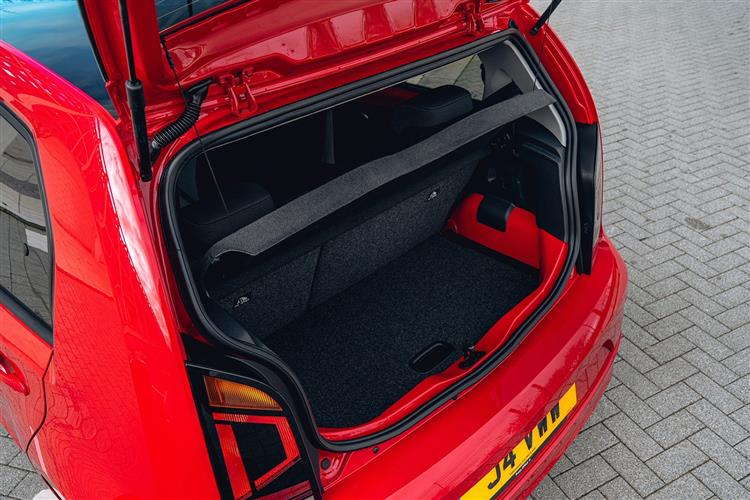 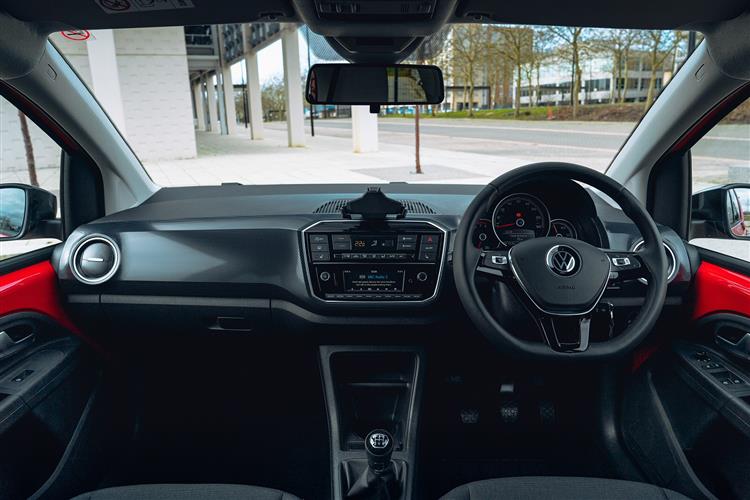 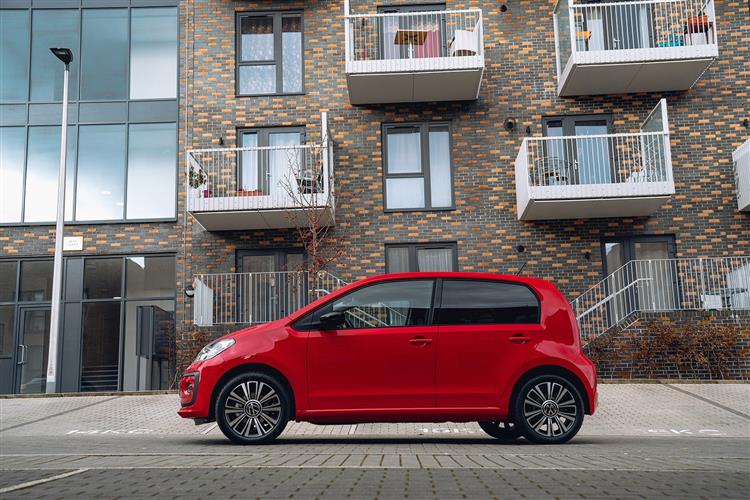 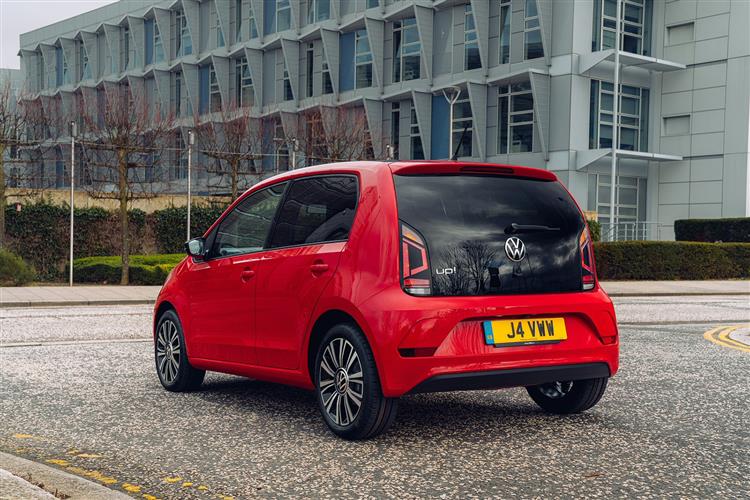 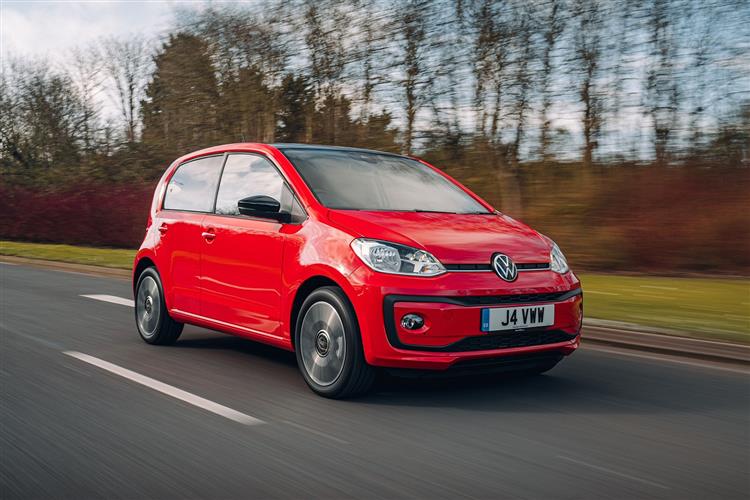 A proper Volkswagen - just a smaller one. The up! has enabled the German brand to regain the initiative in the important citycar sector and this little car still sets a high standard for contenders in this class, adding in turbo 1.0-litre power at the top of the range. Frugal, fun, clever and competitively priced, the up! Is a key model to consider, not only for those in the market's smallest segment but also for people buying a compact car of any kind.

In concept, Volkswagen's up! was smarter even than the finished product we see here, the original 2007 prototype rear-engined just like the early Beetle as the German designers sought to find more space from an ever-smaller roadway footprint. But such complexity would have made the finished production version as expensive as 'lifestyle' small cars like the MINI or the Audi A1. Which wasn't the point at all. This, the company decided, must be something almost anyone could afford. In any case, it could still be clever even if it was conventional. If the engine could be smaller, the wheelbase longer and the overhangs shorter, the ambitious cabin space goals set by the rear-driven concept could still be achieved. A basic formula to which has been added all manner of innovation. Depending on its purpose and the preference of its buyer, an up! can guide you with Google. It can brake itself to avoid an accident. It can be a hot hatch. Or, at the other extreme, a trendy fashion icon. It can, in short, be all things to all people. A real Peoples Car.

Pricing sits mainly in the £14,000 to £16,000 bracket, though the up! GTI will cost you just over £18,000, once the government grant has been subtracted from its asking price. As usual with the up!, there's a choice of either three or five-door bodystyles. There are now seven spec levels. These kick off with the standard up! model, then there's the trendy 'Black Edition' variant, plus the 'Beats' derivative, before you get to the mildly sporty-looking 'R-Line' version and the properly sporty GTI derivative. Buyers can choose from a range of customisable dashboard designs and specify a 300W BeatsAudio sound system. Bear in mind that the bottom end of the pricing spectrum gets you a very basic car indeed, so most will want to find extra cash to move up! the range. The 'R-Line' models for instance, add ambient lighting, a customised dashpad, heated front seats, a multifunction steering wheel, six loudspeakers, fog lamps with integrated static cornering lights and 16-inch 'Triangle Black' alloy wheels.

Any citycar stands or falls on its ongoing costs and here, the up! looks to have all its bases covered. Thanks in part to a low kerb weight of well under a tonne, the mainstream 60PS 1.0-litre models will return a WLTP-rated combined fuel economy figure of 55.4mpg with WLTP emissions if up to 117g/km. Opt for the GTI with its 115PS TSI turbo engine and the figures are 51.4mpg and 125g/km. As for the warranty, well the three year 60,000 mile package that Volkswagen offers can't match the five year programmes available on rivals like Hyundai's i10 and Toyota's Aygo or the seven year deal on Kia's Picanto. More surprising is that Volkswagen chooses not to match the three year Roadside Assistance package that Skoda offers on its basically identical Citigo model. As you'd expect, every up! comes with a 12 year body protection guarantee and a three year paint warranty.