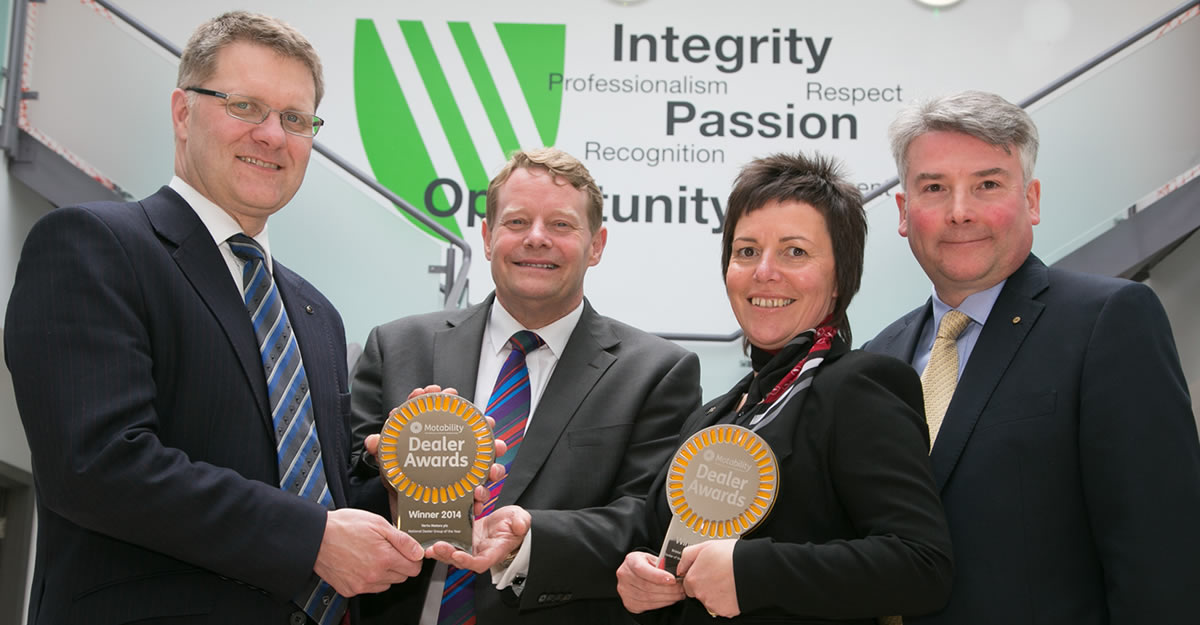 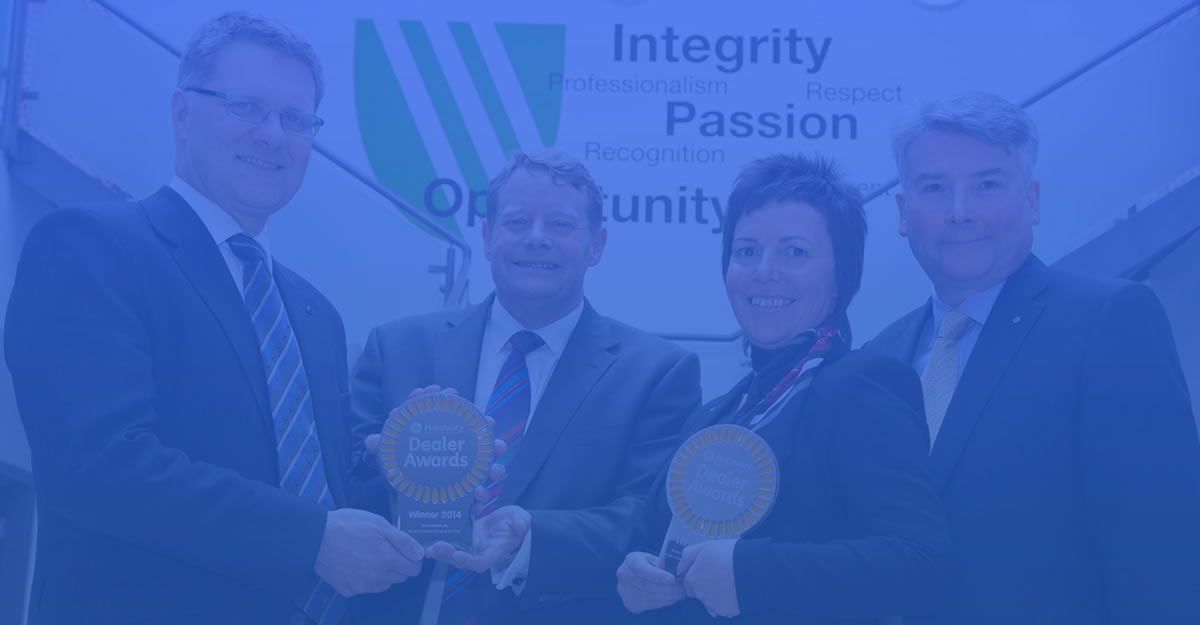 Take a look into our world.

Scroll down to continue

A little bit about us...

Vertu Motors plc was formed in late 2006 to acquire and consolidate UK motor retail businesses. It was founded as a new entrant into the UK motor retail sector and is listed on the AIM market (UK:VTU). The Vertu Motors group operates a nationwide chain of franchised motor dealerships offering sale, servicing, parts and bodyshop facilities for new and used car and commercial vehicles.

The group operates many of its dealerships as Bristol Street Motors. Bristol Street Motors originated nearly 100 years ago as a single Ford dealership located on Bristol Street in central Birmingham. Since those early days the business has grown to become one of the largest automotive retail brands in the UK. The Group also operates a number of Premium franchise dealerships such as Volkswagen, Land Rover, Audi, Mercedes-Benz and Jaguar and is the largest operator of Honda dealerships in the UK. In 2010 Vertu Motors expanded into Scotland, trading under the Macklin Motors brand. The group is now the 5th largest motor retailer in the United Kingdom and was awarded the Motor Trader Dealer Group of the Year award in 2008 and was Best Dealer Group in the 2012 Motability Supplier Awards.

From a single dealership to over 130 locations across the UK, Vertu Motors Plc has come a long way. Click the button below to reveal our exciting history.

...To deliver an outstanding customer motoring experience through honesty and trust.

Robert was a Director of Reg Vardy plc between 2001 and 2006 where he held the roles of Finance Director and Managing Director. Robert qualified as a chartered accountant with Arthur Andersen. He was also a member of the Economic Growth Board of the Confederation of British Industry. Robert founded the Company in 2006. 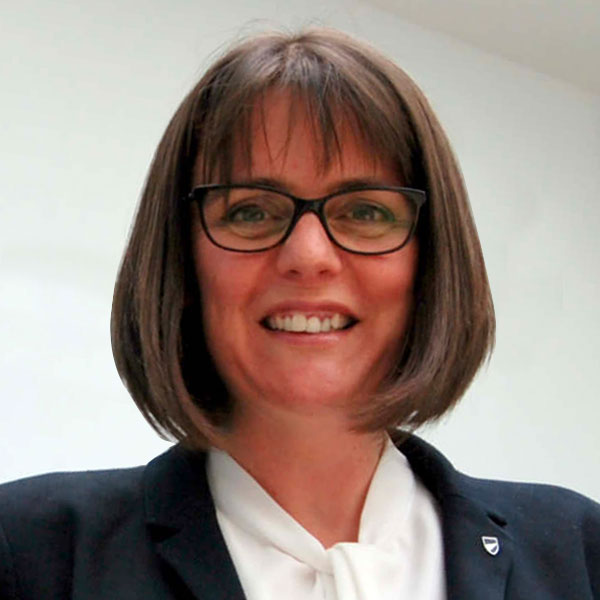 Karen was the Finance Director of the Group from 2006 to 2010 through its initial flotation and growth period, and has now stepped back into the Chief Financial Officer role from her role as Deputy CFO and Company Secretary. From 2001 to 2006 she was employed by Reg Vardy PLC, where she ultimately held the position of Group Financial Controller. Karen qualified as a chartered accountant with Arthur Anderson. She was also a Trustee Director of the Group's defined benefit pension scheme, the Bristol Street Pension Scheme from 2007 to 2019. Karen has a wealth of motor industry finance experience together with detailed knowledge of the operations of the Group, having helped to found the Company in 2006. 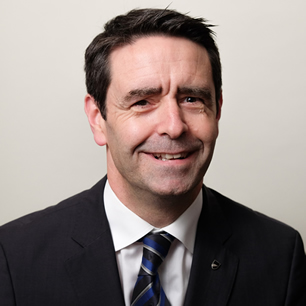 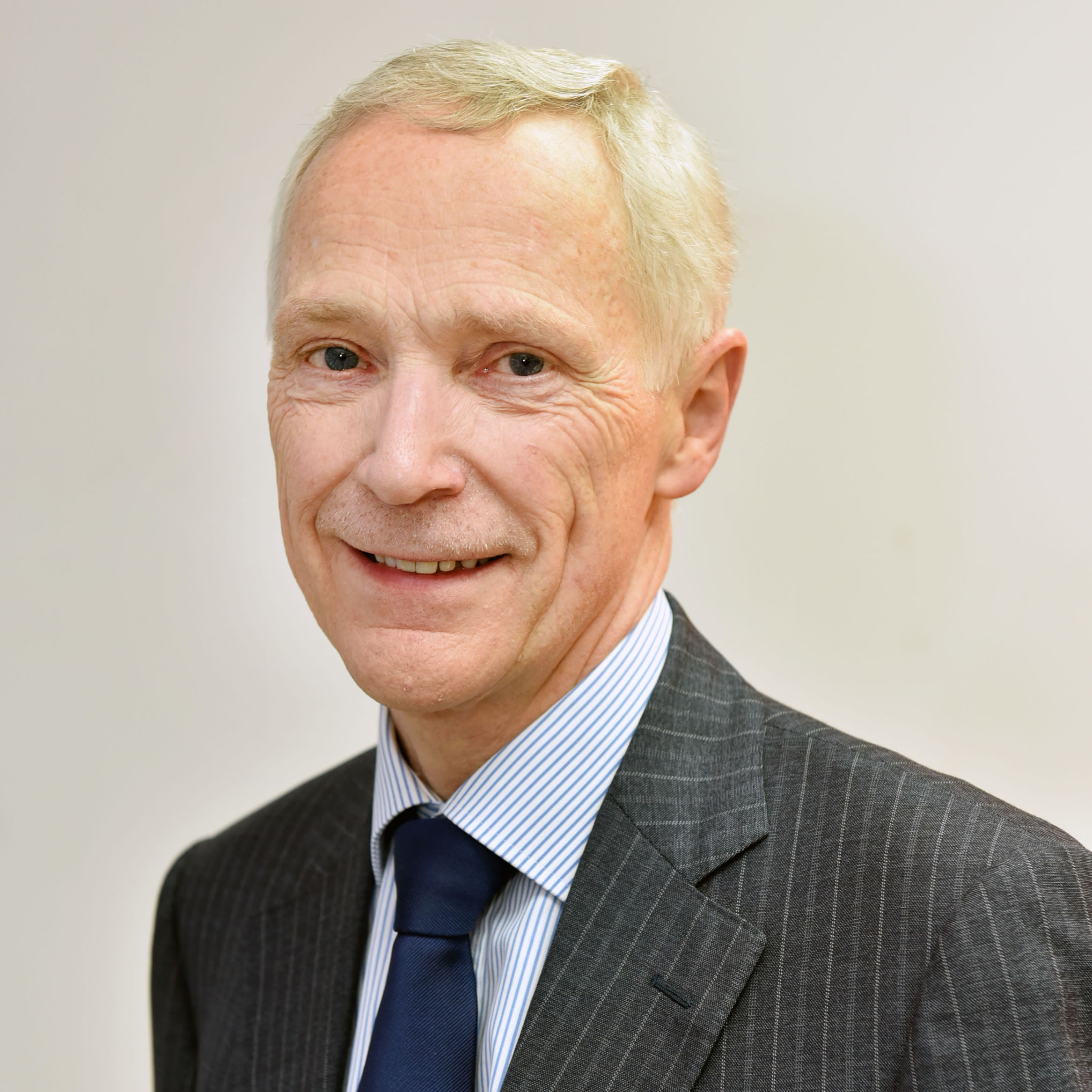 Ken is a former partner of Arthur Andersen and has held senior executive director roles in many listed companies including Alfred McAlpine plc, Albright & Wilson plc and Tomkins plc. Ken was CFO of Numonyx in Switzerland from April 2008 to September 2010, and was CEO of Xchanging plc from June 2011 until December 2015. Ken is Chairman of Biffa plc and RPS Group plc and a Non-executive Director of Blue Prism plc and Gresham House Strategic plc. From 2007 to 2013, Ken was a Member of the Accounting Council of the Financial Reporting Council (formerly the UK Accounting Standards Board). Ken is highly experienced in public company boardrooms as well as PLC transactions and also brings technical financial experience to the Board and his role as Chair of the Audit Committee. 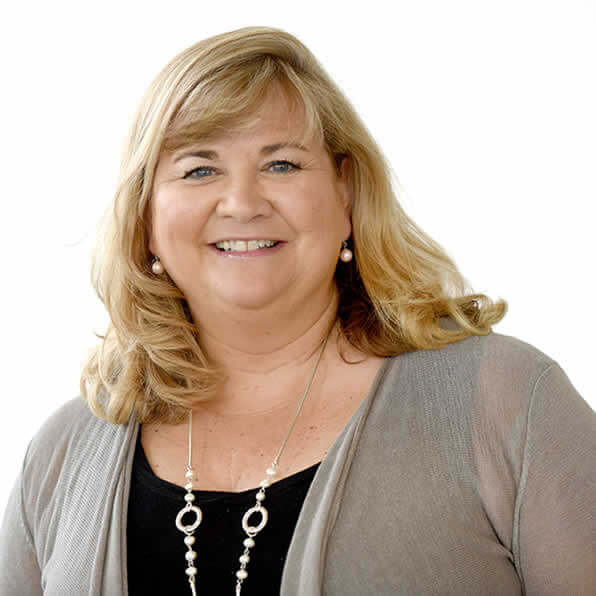 Pauline Best - Non-Executive Director and Chairman of the Remuneration Committee

Pauline is an experienced Human Resources professional who was the Global People and Organisation Director of Specsavers and whose previous roles include Global Leadership and People Capability Director for Vodafone and Human Resources Director of Talkland. Pauline's human resources and people experience is invaluable as Chair of the Remuneration Committee and she also brings that perspective to the Board. 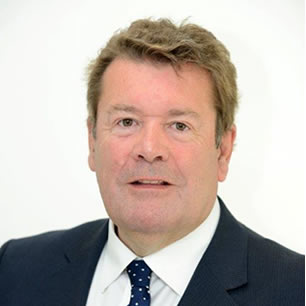 Andrew brings to the Group 39 years of experience in the automotive sector, having held senior roles in Citroen UK, Nissan Europe, Lexus (GB), Toyota (GB), Porsche and most recently Jaguar Land Rover. Between 2010 and 2013 Andrew headed Jaguar Land Rover's business in North America as its President and CEO, and between 2013 and 2018 he sat on the Jaguar Land Rover Board as Global Sales Operations Director. During this period he also represented Jaguar Land Rover in its joint venture interests in China and in its Spark 44 advertising agency.

Enter your email address for regular updates about Vertu

By asking to receive emails from Vertu Motors plc you agree that we may use your email address to send you notifications when we publish a shareholder announcement on our website. We may also send you other news stories about Vertu Motors from time to time. You can unsubscribe at any time by following the link on the emails. We will not use your email for any other purpose.

The Company has established a Operations Board, comprising Robert Forrester, David Crane, Karen Anderson and members of the group's executive management, including the operational subsidiary directors in charge of each division.

The Operations Board is responsible for the day to day management of the group's business other than certain reserved matters, and reports to the board on its activities. It meets at least ten times a year. 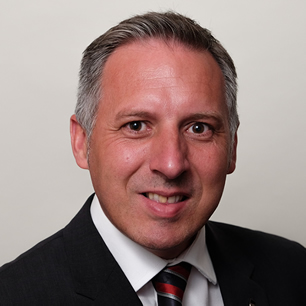 Chris joined the motor industry as a Sales Executive in January 1996 after graduating from Nottingham Trent University having studied Hotel Catering and Institutional Management. Quickly progressing through the ranks of Sales Manager and becoming Group Sales Manager of four Honda dealerships across Lincolnshire by 2000. In June 2003 Chris was part of a Management buyout of Grantham Motor Company Limited acquiring the four Honda car dealerships and one motorcycle outlet. After a successful four years the business was then acquired by Vertu Motors PLC in June 2007. Chris has since then headed up the Honda Division for the company growing the business to a total of fourteen Honda dealerships across the UK. Outside of work Chris's main passions are basketball and travel. 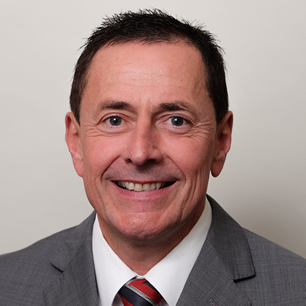 Colin is the Director responsible for Vauxhall and Citroen operations at Vertu Motors PLC and has been with the company since its establishment in 2006. Colin started his career in banking, before changing industry and joining Reg Vardy PLC where he spent 16 years working his way up from General Manager to Franchise Director and finally Yorkshire Divisional Director covering several franchises. 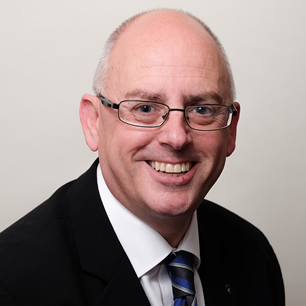 Ian is the Group Operations Director responsible for Vertu Motors’ Ford Businesses. Manchester based, Ian started his career with Quicks PLC, working in the Vehicle Sales side of the business, before moving into General Management. Through acquisition Ian has worked with CD Bramall, Pendragon PLC and joined Vertu Motors PLC in January 2008. 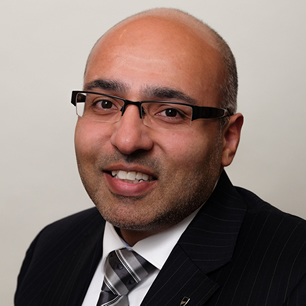 Jatinder is the Group Operations Director for the Jaguar Land Rover division which operates under the ‘Farnell’ trading name. He was previously the Operations Manager of the Farnell Land Rover group between 2005 and 2013 until the acquisition of the business by Vertu Motors PLC. Jatinder holds a degree in Automotive Engineering Design and has almost 20 years’ experience with the Land Rover brand. 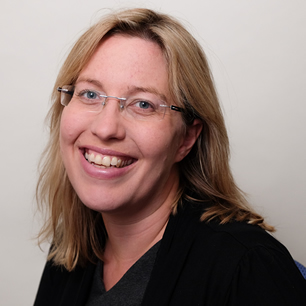 Nicola was previously a partner in the corporate team at Muckle LLP and joined Vertu Motors PLC in February 2015. She had acted for Vertu Motors since its incorporation in 2006 and advised on many of its acquisitions including the original fundraising and acquisition of Bristol Street Motors. She was the North East Corporate Lawyer of the Year in 2010 and 2013. 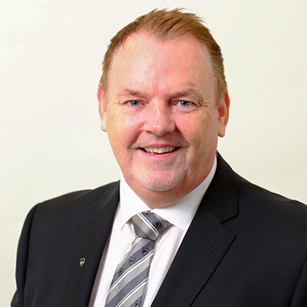 Mike was appointed Divisional Operations Director at Vertu Motors PLC in 2010 with a mandate to expand the company’s portfolio. He started his career in the motor industry as a salesman for Reg Vardy PLC, working his way up to Manager, then General Manager before becoming a Operations Director with the company prior to its sale to Pendragon PLC. Following the purchase of Reg Vardy, Mike was appointed as the Managing Director of Evans Halshaw, a post he left in 2010 to join Vertu Motors.

As Chief Marketing Officer, Liz Cope oversees all the Group’s marketing functions including PR, digital and off-line advertising, brand development and CRM including the operation of contact centres and web live chat. Liz has previously held a number of significant marketing roles for household names including Dyson and VAX and has a wealth of knowledge and experience in marketing, particularly of customer centric brand and digital marketing. 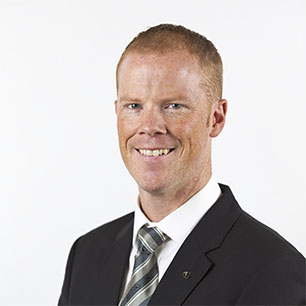 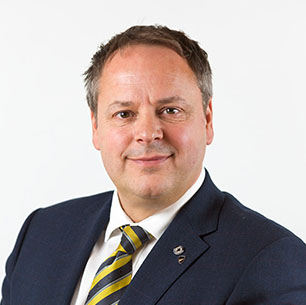 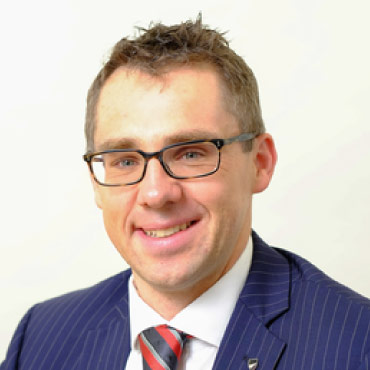 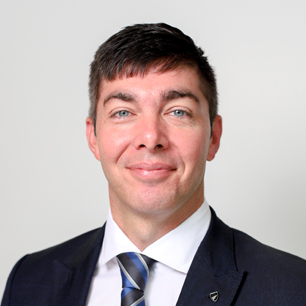