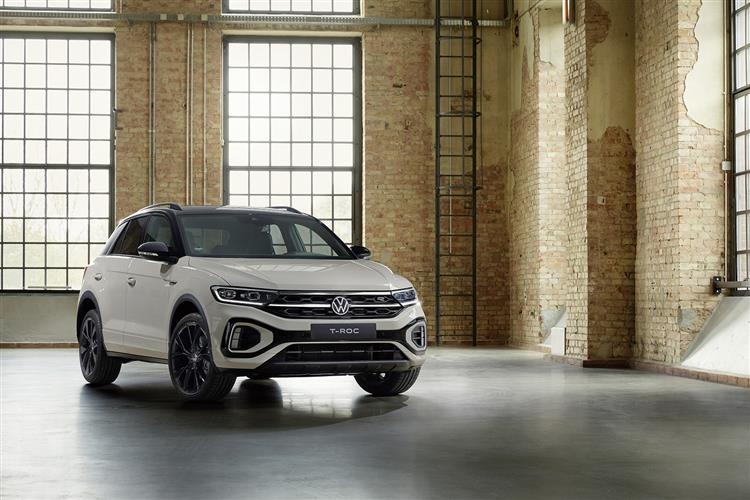 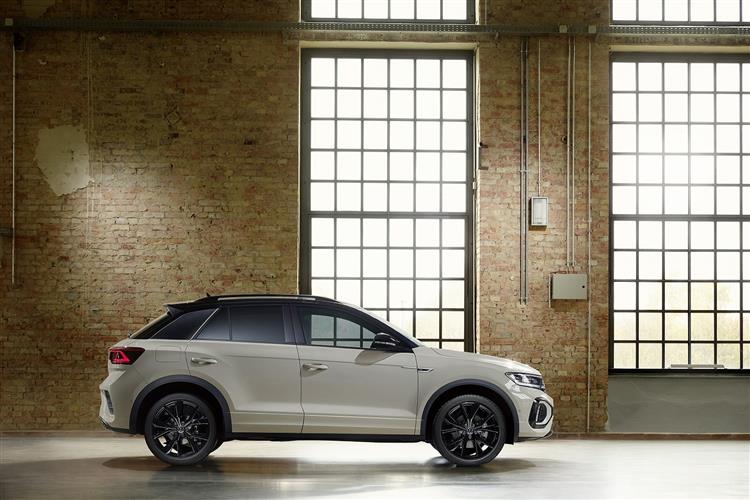 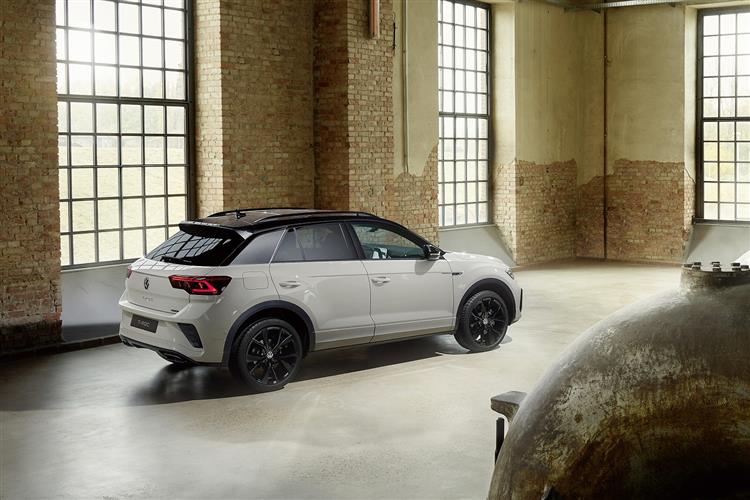 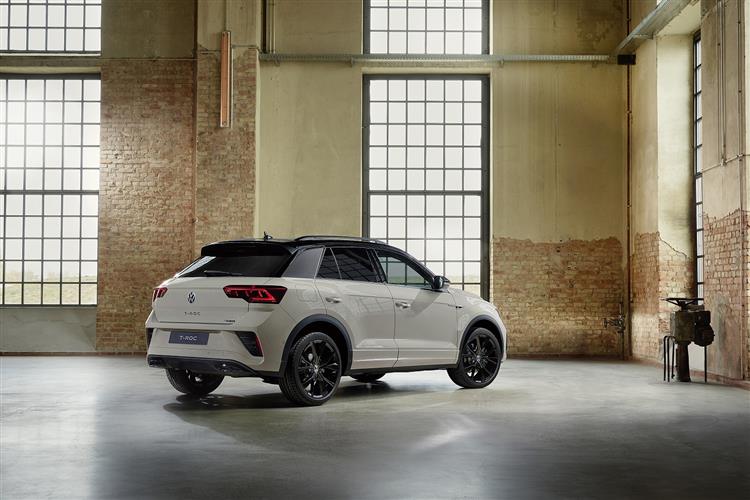 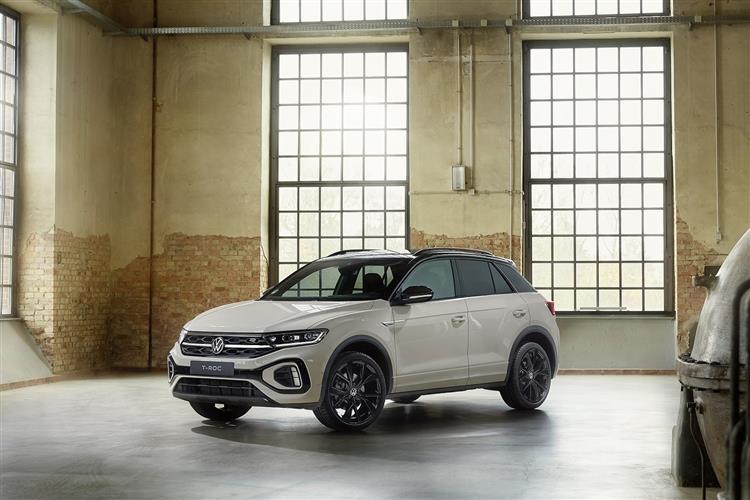 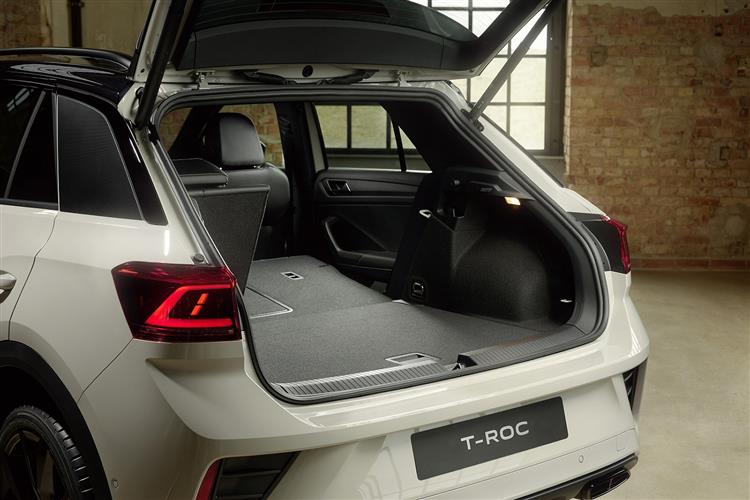 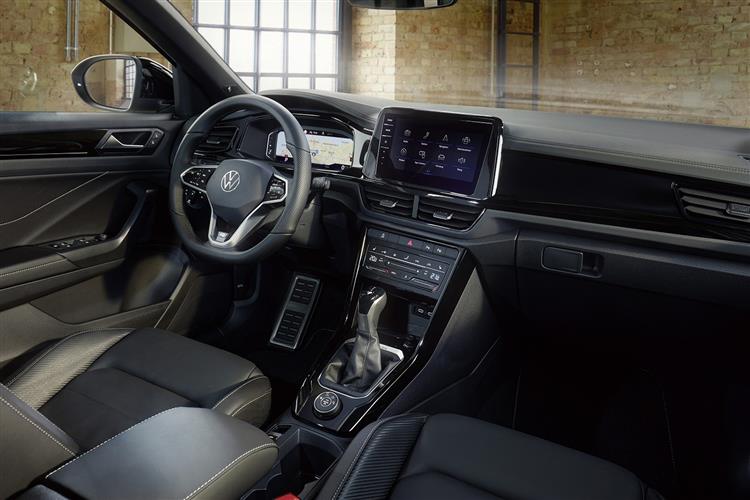 It's evidence of the current spiralling state of new car pricing that a car we tested as recently as 2018 costing from around £19,000 is, at the time of this test in Autumn 2022, priced in this only very lightly updated facelifted from around £26,000 just four years later. And that figure is anything but typical of the kind of sum people are likely to pay for T-Roc ownership. At the time of this test, getting on for £30,000 was more representative of the sort of sum you'll need for the T-Roc you might have in mind. That's the kind of price tag attached to the mid-range 'Style' variant, which sits just above the base-spec 'Life' and just below top-spec 'R-Line' grades. A word on your transmission choices. A manual gearbox is mandatory on the base 1.0 TSI petrol and 2.0 TDI 115PS diesel variants. If you want auto transmission, you'll have to stretch to either the 1.5-litre TSI 150PS petrol engine or the 2.0 TDI 150PS diesel - and either way pay an extra £1,685. Auto transmission is mandatory on the rapid but thirsty 2.0 TSI 190PS 4MOTION petrol model - and you'll also have to have it if you want the 2.0 TDI 150PS 4MOTION diesel - that 4MOTION system an extra £1,310 over the cost of the ordinary front-driven 2.0 TDI 150PS DSG variant. Got all that? Good. The top T-Roc R, which of course has auto transmission and 4MOTION as standard, is almost a separate model - and very much commands a separate price - of around £42,000.

OK, let's assume you're amongst the growing number of buyers switching into a fashionable little SUV like this one from a conventional family hatch - so in this case, you're moving from a Golf into this T-Roc. What'll the running cost penalty be for that higher-set driving position and those more fashionable looks? To answer that, let's consider what's predicted to be the best-selling T-Roc engine, the 1.0-litre TSI three cylinder petrol unit. It manages up to 47.1mpg on the combined cycle and up to 136g/km of CO2, returns that until recently, a diesel model would have struggled to reach in this class. But it's still a chunk behind an identically-engined Volkswagen Golf, which manages up to 52.3mpg and up to 122g/km, mainly due to the fact that this T-Roc's kerb weight is around 60kgs more than its conventional hatchback counterpart. You may well decide you could live with that. And if you can, you might very well also decide to upgrade yourself to the 150PS 1.5 TSI petrol model, because its fuel and CO2 returns are virtually no different. That's thanks to a cylinder-on-demand system that cuts off two of the engine's four cylinders under light-to-medium throttle loads. As for the TDI diesels, well if you opt for the base front-driven 115PS variant, it should be possible to get up to 60.1mpg and up to 122g/km of CO2. For the gutsier 150PS 2.0 TDI variant, it's 58.9mpg and 125g/km. All these by the way are manual model figures, but there's very little efficiency downside in opting for the alternative 7-speed DSG automatic. A DSG auto in a T-Roc 2.0 TDI 150PS model fitted out with VW's heavy 4MOTION AWD system though, is a slightly different kettle of fish; one of those can only manage up to 51.4mpg and up to 145g/km of CO2. But of course that's still a much more efficient way of getting a 4MOTION T-Roc than choosing a petrol AWD version. The 2.0 TSI 4MOTION 190PS model manages only 38.2mpg and 168g/km - or, in top T-Roc R performance form, bests of 33.2mpg and 194g/km.