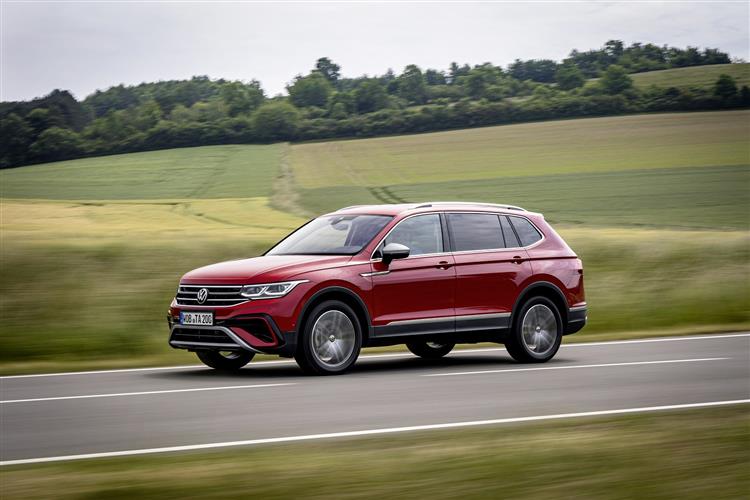 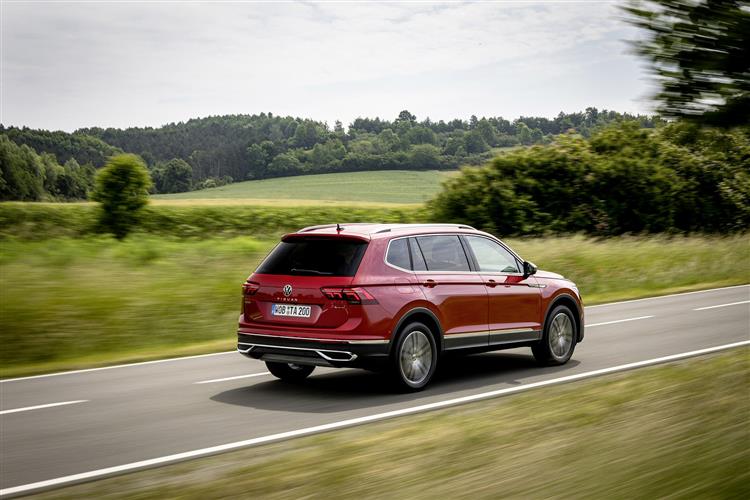 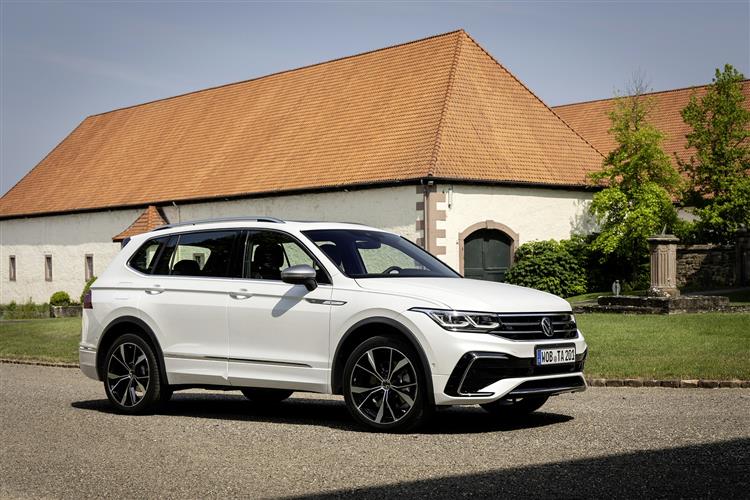 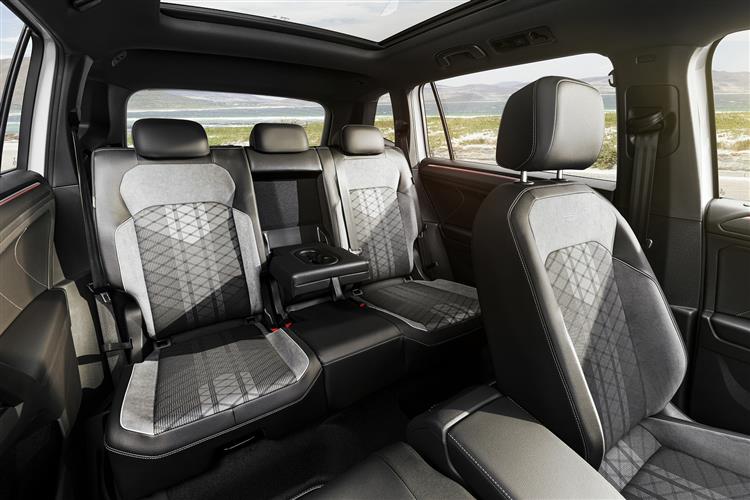 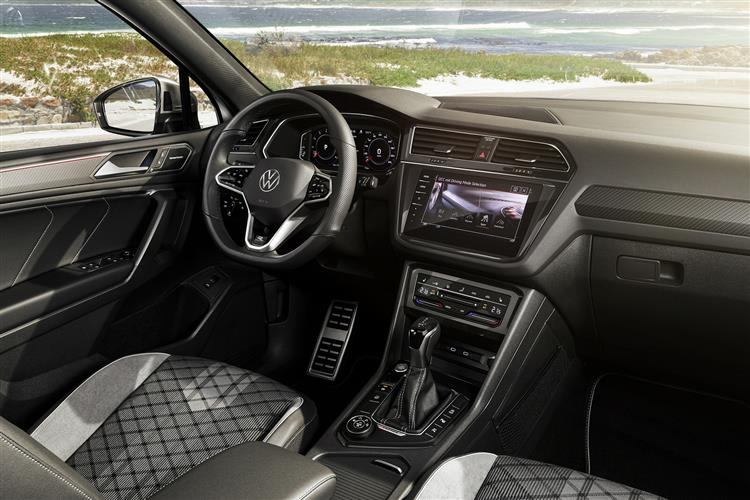 As before, this is basically a long wheelbase version of the standard Tiguan. The main change with this revised Tiguan Allspace is a redesigned front featuring an independent radiator grille and elegant signature lighting which can now include the brand's latest IQ.LIGHT LED matrix headlights. A further new feature is the sweeping indicator function of the LED turn signals. On either side of the redesigned Volkswagen logo, an illuminated strip in the radiator grille adds a more striking visual note. These front changes have added 22mm to the overall length. Inside, as with the updated MK2 Tiguan, there's a new centre-dash infotainment system with an integrated eSIM. Plus a digitalised climate module with slider controls. there's increrased availability of the Digital Cockpit Pro indstrument binnacle screen. And the option of a new Harmon/Kardon audio system upgrade. Otherwise, things are much as before. This Allspace model's extra 60mm of overall length over a standard Tiguan makes possible the fitment of a third seating row. As with rivals, these additional pews are really only really intended for children, but they're no more cramped than those you'll find in obvious direct rivals like Skoda's Kodiaq or Nissan's X-Trail. You'll need to use the middle row's standard liding mechanism and push the centre bench right forward if lanky adults are to be accommodated at the very back. This Tiguan's added length also boosts boot space. With the rearmost seats in place, boot capacity is 230-litres; with the two seats stowed away into the boot floor, capacity rises 85 litres-from the five-seat version to a total of 700-litres. Drop the second row as well and capacity reaches 1775-litres. These will be satisfyingly spacious numbers for potential family buyers, even if they can't quite match the figures of the competing Volkswagen Group models this car shares its engineering with, that Skoda Kodiaq and the SEAT Tarraco.