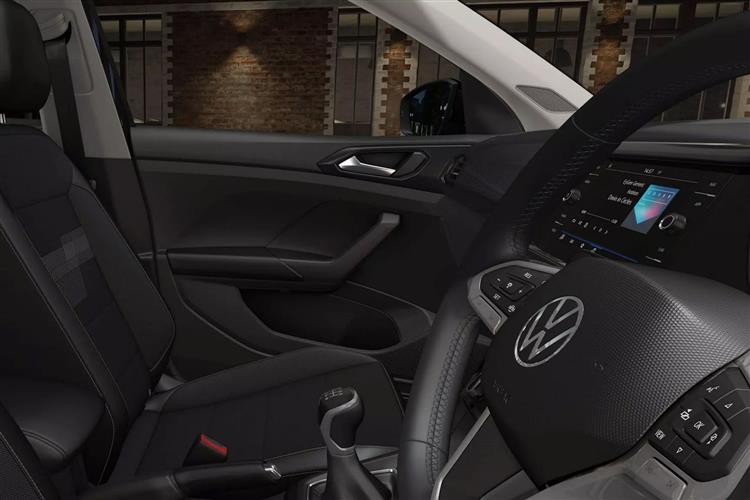 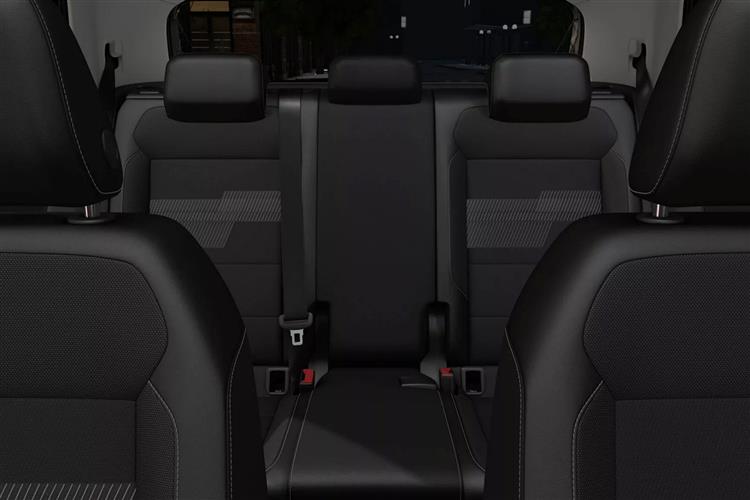 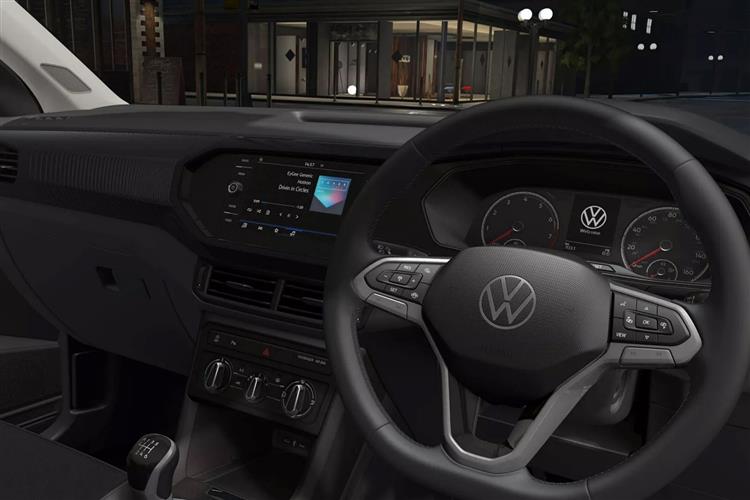 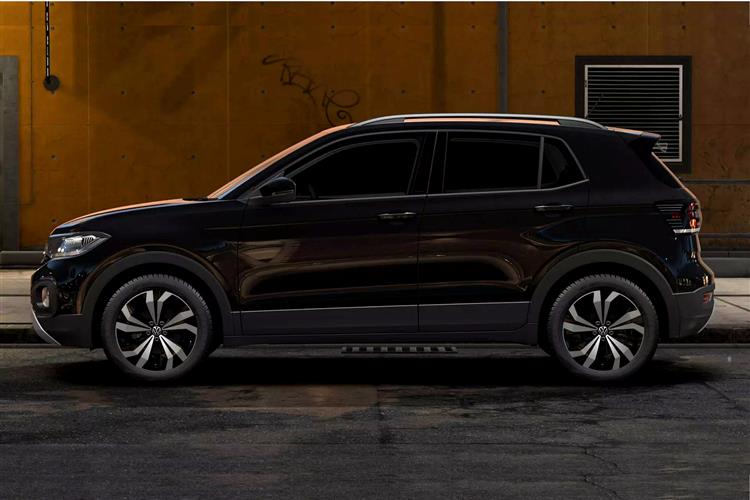 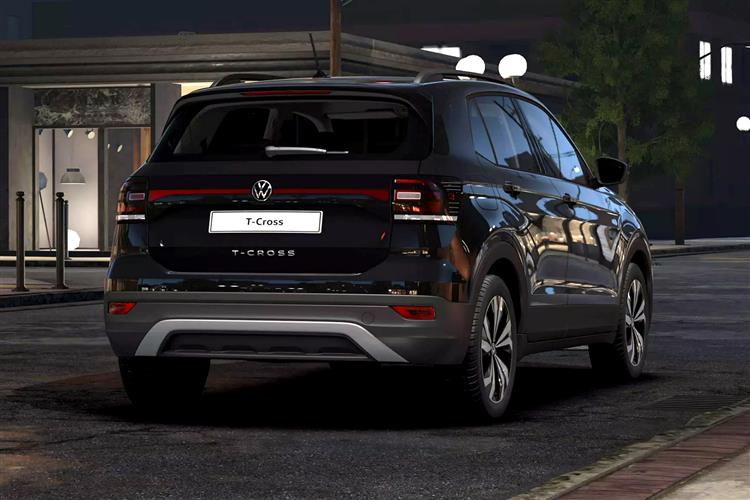 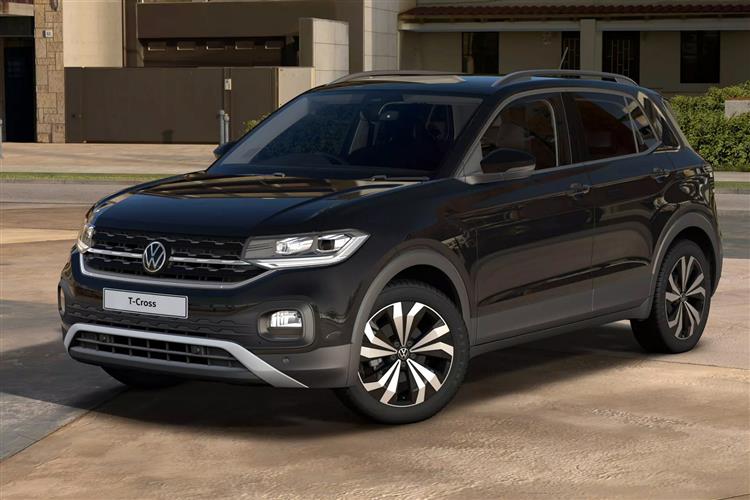 Think of a Volkswagen Polo with a more adventurous image, a slightly larger cabin and a more flexible interior. You're picturing this car, Volkswagen's smallest SUV, the T-Cross. It's trendy, quite sophisticated and very acceptably efficient, thanks to its 1.0-litre TSI petrol and 1.5 TSI petrol engine options. And you can make it very much your own. What's not to like?

There are three T-Cross engine options. Most buyers will want Volkswagen's 1.0-litre TSI petrol engine. Entry-level variants get it in 95PS form with a 5-speed gearbox but further up the range, the variants available feature this unit in a 110PS state of tune. Go for that and you'll be offered the option of a 7-speed DSG auto gearbox. Both engines have impressive torque available from low revs - the 95PS version delivering 175Nm from just 2,000rpm and the 110PS version serving up its 200Nm across the same 2,000rpm to 3,500rpm band. In other words, you won't have to row this little VW along with the gear lever through town. T-Cross models equipped with the 95PS engine reach 62mph in 11.5 seconds, with a top speed of 112mph where legal, while the punchier 110PS versions top out at 120mph, reaching 62mph in 10.2 seconds. We said there were three engine options. The minority-interest third choice is a 1.5-litre TSI Evo petrol unit with 150PS. It develops 250Nm of pulling power, as much as the old 1.6-litre TDI diesel unit. All T-Cross models are front-driven: there's not much appetite in this segment for 4WD. In any case, the Polo platform doesn't allow for it. Don't expect a T-Cross to ride quite as well as a Polo - that taller, heavier body has to tell somewhere - but for the school run and commuting duties, few buyers are likely to have issues.

Expect the T-Cross to sell in the £22,000 to £30,000 bracket, which is fractionally above what you'll pay for volume rivals like Renault's Captur, Nissan's Juke or, indeed, this model's two VW Group cousins, the Skoda Kamiq and the SEAT Arona. T-Cross buyers are offered a choice of four trim levels - 'SE', 'Black Edition', 'SEL' and 'R-Line'. 'SE' buyers get the chance to pay £750 more to graduate from the entry-level 95PS version of the 1.0 TSI petrol engine to the 110PS variant. Further up the range, you have to have this perkier unit. Providing you avoid base trim and the base 95PS engine, you'll be offered the chance to pay £1,500 more for a 7-speed DSG auto gearbox. The 1.5 TSI variants start from just over £30,000. All T-Cross variants benefit from a sliding rear bench seat as standard. And the 'SE' derivatives that most customers will choose get 17-inch 'Clayton' alloy wheels, black roof rails and front fog lights with cornering function. Plus a leather-trimmed multifunction steering wheel and a variable boot floor. Tech highlights include adaptive cruise control, app connect and a driver alert system. 'SEL' trim brings 17-inch 'Chesterfield' alloys, tinted windows, LED headlights and silver roof rails, as well as front sport seats, carpet mats and an ambient lighting package. Climate control and a Discover Navigation system are also included. We could write for the rest of the page about the opportunities for model personalisation; suffice it to say that there are plenty.

Volkswagen quotes CO2 figures for the 1.0 TSI engine as being up to 130g/km - so not too far off what you'd get in a diesel. Expect 49.6mpg from the 95PS unit on the combined cycle. The 1.5 TSI petrol variant manages a WLTP-rated combined cycle fuel figure of 47.9mpg and an CO2 reading of 134g/km. As for servicing, well as usual with Volkswagen models, there's a choice of either 'Fixed' or 'Flexible' maintenance packages. You'll choose the 'Fixed' approach if you cover less than 10,000 miles a year and with this, the car will typically be looked at every twelve months. If your daily commute is more than 25 miles and your T-Cross will regularly be driven on longer distance journeys, you'll be able to work with a 'Flexible' regime that can see you travelling up to 18,000 miles between garage visits - or every two years, whichever is sooner. What else? Warranties? Well the standard package is three years and 60,000 miles. We can't see why Volkswagen couldn't extend that mileage limit to 100,000 miles, since this is what's on offer with its mechanically very similar LCV models. Doing that though, wouldn't give Volkswagen dealers so much of an opportunity to sell extended warranty packages. There's one for four years and 75,000 miles or, if you plan to see a bit more of the world in your T-Cross, there's a five year / 90,000 mile package. Whatever your decision, your car will come with three years of pan-European Roadside Assistance that has no mileage restriction. The paintwork warranty lasts for three years and, as you'd expect, this model is protected by a 12-year anti-corrosion package.