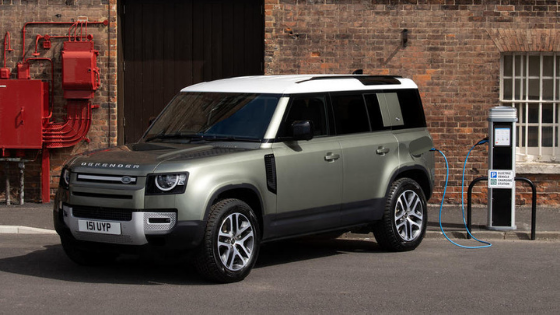 The 2020 Defender is not only made to go anywhere and do anything, it’s now designed to suit anyone too. Making it even more attractive to a broader range of customers, there’s going to be a PHEV version of the iconic Land Rover Defender.

As a Land Rover hallmark for over 70 years, the Land Rover Defender has always impressed drivers with its incredible capability and ground-breaking off-road technology. Driven by a passion and respect for the original, the new Defender is set to deliver transformational breadth of capability, using advanced all-terrain technologies to redefine adventure for the 21st century.

Ready for 2021 comes an advanced new Plug-In Hybrid (PHEV) Defender model; the P400e is key to the Land Rover Defender’s lasting appeal. After all, there are a growing number of electrified vehicles hitting the roads every year...

In addition, the new plug-in Defender delivers CO2 emissions of just 74g/km and an impressive combined economy of 85.3mpg.

The new Defender PHEV will be capable of running in all-electric mode, with zero tailpipe emissions for up to 27 miles. This includes off-road driving, where the immediate torque from the electric motor makes Defender even more capable.

Available with the 110 body design, the PHEV Defender delivers a blend of performance and economy while also being the most capable and durable electrified Land Rover.

Alongside impressive fuel economy and emissions figures, the Defender P400e has a 0-60mph time of 5.4 seconds and will reach a top speed of 130mph.

Standard on all Defender P400e models are 20-inch Alloy Wheels, Electronic Air Suspension and a charging port located on the left-hand side of the vehicle.

Specific to the PHEV variant is regenerative braking - a key technological component in achieving impressive fuel economy, recuperating energy lost under deceleration and braking and sending it back into the battery pack.

The new plug-in Defender additionally offers high and low range off-road capabilities in full electric mode. The P400e can tow up to 3,000kg, and is capable of carrying a roof load of 168kg (dynamic) or 300kg (static).

Alongside the new PHEV Defender, Land Rover have also announced a powerful and efficient in-line six-cylinder Ingenium diesel engine to join the range. Jaguar Land Rover have stated that: ‘Strong performance, smooth responses and refinement combine to deliver another Defender that’s a world-class all-rounder on-road and an unrivalled expert off-road.’

In addition, an all-new X-Dynamic specification will be soon available on both the Defender 90 and 110, offering a selection of exterior and interior design elements which reflect the 4x4’s immense capability and ensures it stands out from the crowd.

The range of options for personalising the 2020 Defender has grown too, with new colours including Yulong White, Silicon Silver and Carpathian Grey available in combination with a choice of contrast roof finishes.

A selection of individual options are also now available for the first time, including the Folding Fabric Roof for Defender 110 and the choice of a Suspension Pack on Defender 90 while Premium LED headlights, Meridian Sound System, Head-Up Display can all be added individually.

Nick Collins, JLR’s Vehicle Line Director for the new Defender, commented: ‘The Land Rover Defender’s capabilities continue to evolve with a range of powertrain and design enhancements. Defender customers have more choice than ever with a full selection of exterior and interior colours and trims, including the distinctive new X-Dynamic model and choice of 90 and 110 body designs.’ 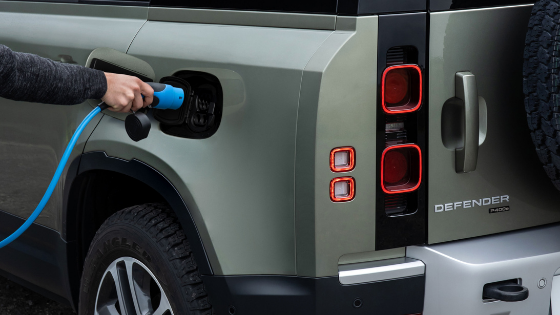 You can shop the all-new Land Rover Defender right here at Vertu Land Rover. We promise a first-class buying experience, with fantastic deals to match:

If you’d like to find out more about electric vehicles and hybrid cars, click the link below: