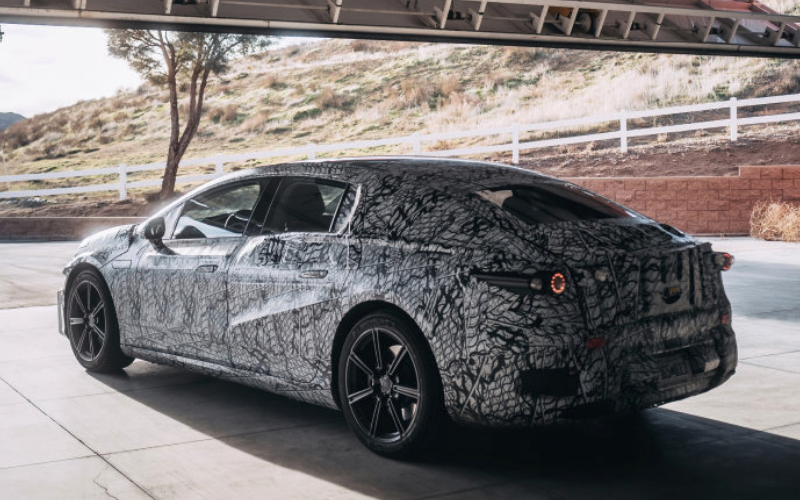 Confirming it obtained over 435 miles of range using the WLTP testing cycle, Mercedes-Benz are proud to share that the upcoming EQS will deliver an outstanding all-electric performance.

Mercedes-Benz have now announced that they’re putting their final touches on the EQS, promising an EV with class-leading capability.

Speaking to shareholders and investors in July 2020, Daimler boss Ola Kallenius confirmed the EQS will be able to cover over 700 kilometres between charges, a figure that converts to approximately 435 miles.

If that number is accurate, it will make the S-Class-sized sedan the longest-range series-produced electric vehicle in the world.

In reality, range - like fuel mileage - depends on a wide variety of factors. They include the temperature, the accessories being used, what's in the car, how it's being driven, and the battery management software.

Although additional technical specifications haven't been published yet, it's interesting to note the 435-mile range was announced by the 2019 Vision EQS concept that previewed the EQS, meaning its other numbers may make the leap from the launch show floor to the showroom floor as well.

We’re excited to find out if the EQS really can sprint to 60mph in just 4.5 seconds, despite being quite a heavy vehicle.

Kallenius had previously declared: ‘It's the first fully electric luxury sedan from Mercedes-Benz based on an all-electric architecture. This opens up entirely new possibilities, from the position of the batteries to the car's design.’

Mercedes-Benz will introduce the EQS before the end of 2020, and the model will begin arriving in showrooms several months after its debut.

Although it will be S-Class-sized, it will not be marketed as a replacement for the sedan, which is about to return for a new generation. Both electric and non-electric models will be sold side by side.

You can learn more about the upcoming 2021 EQS here, where we published the latest ‘spotted’ images of the car undergoing testing.

Here at Vertu Mercedes-Benz, we’ll make sure to keep you in the loop with all the latest updates, as and when we get them – stay tuned!

In the meantime, if you’d like to learn more about hybrid and electric vehicles, click the link below: