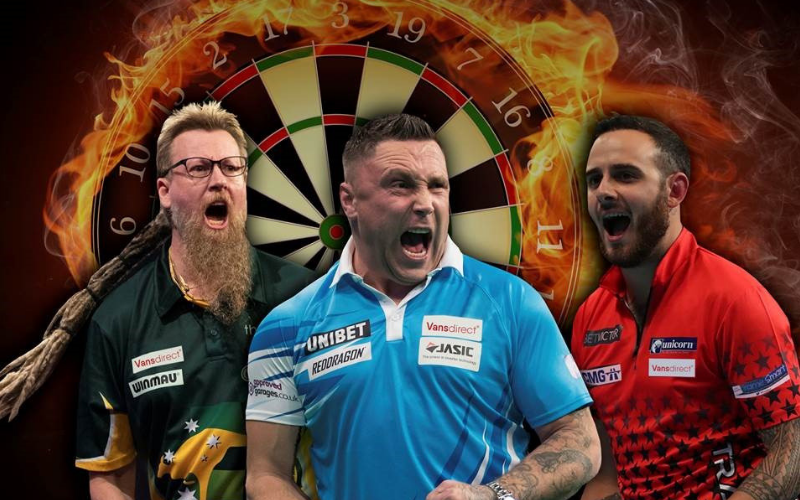 Vansdirect, one of the UK’s leading van retailers, is kicking off this year’s World Darts Championship at Alexandra Palace, London, with the sponsorship of a ‘treble’ of great PDC darts players.

World number three Gerwyn Price, known as the Iceman, has enjoyed a staggering 2019, retaining the Grand Slam of Darts title alongside winning two Players Championship titles and the International Darts Open.  He is hoping to conclude his year by taking the biggest title of them all, the PDC World Championship.

The Wizard Simon Whitlock, who is ranked number 14 in the world, is not only one of the highest profile players but twice a World Championship finalist and he has posted some impressive results over the last year, including a World Series semi-final.

The 2020 World Championship is the 27th World Championship organised by the Professional Darts Corporation since it separated from the British Darts Organisation and will take place between Friday 13th December 2019 and Wednesday 1st January 2020, with the winner taking home £500,000.

Multi-award winning Vansdirect was founded in 1999 in the Welsh valleys and has become one of the UK’s leading independent retailers of new vans. Such was the success of Vansdirect, it was subsequently purchased in January 2019 by the fifth largest motor retailer in the United Kingdom, Vertu Motors plc.

Simon Elliott, commercial vehicle director for Vansdirect and Vertu Group , said: “We are incredibly proud to be signing a sponsorship deal with three of the most exciting names in the world of darts. We believe this will offer us the opportunity to increase brand exposure in our target market and look forward to following their success over the coming year.”

Billy Lovell, sponsorship manager at MODUS Sports Management, said: “We really appreciate the sponsorship from Vansdirect for the upcoming World Championship. We have a great set of players and the sponsorship has been a wonderful way to kick off the competition!”