The PFA Vertu Motors Fans' Player of the Month award nominations have been finalised for February. Check out the shortlists and cast your vote.
Vertu Motors 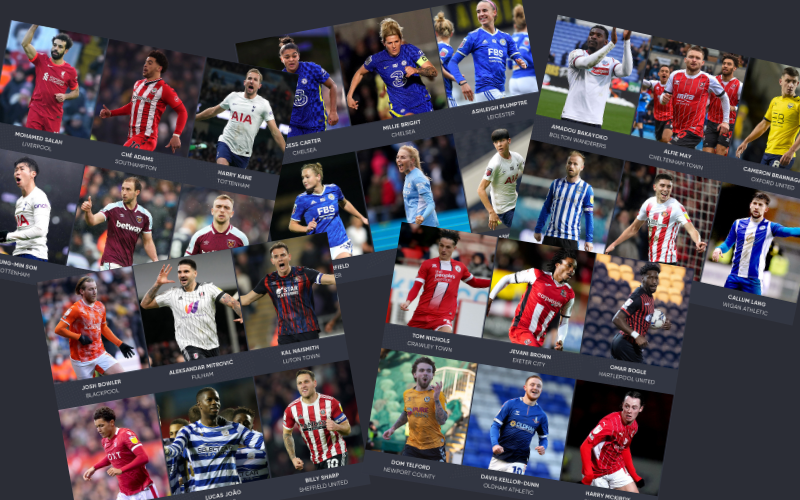 The PFA Vertu Motors Fans' Player of the Month award nominations have been finalised for February.

Six players from each of the top five professional leagues in England have been shortlisted for their exceptional performances on the pitch last month. Fans across the country now have the power to decide who wins...

Check out the shortlists below for more information.

Made up your mind already?! Cast your vote! 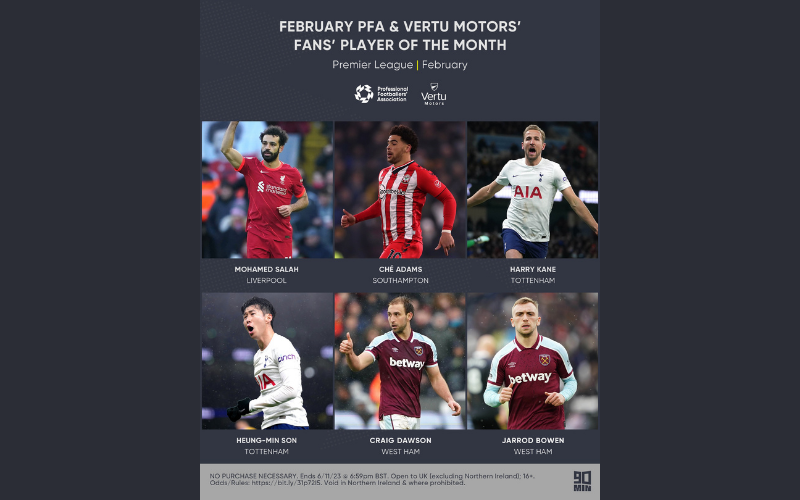 Mo Salah returned to his goalscoring form with three goals in just two games, as well as an assist for Liverpool. Adams had four goal involvements in four games last month, including three assists as Southampton went unbeaten. Harry Kane had a super game against Manchester City, securing a dramatic late winner, whilst teammate Son produced two assists against City as well as goals elsewhere. Kane and Son have now become the most productive partnership in Premier League history. Dawson has been solid in defence and effective in attack, keeping clean sheets and scoring goals as West Ham went unbeaten last month. Jarrod Bowen’s fine form continued as he scored against Leicester and bagged the winner against Watford. 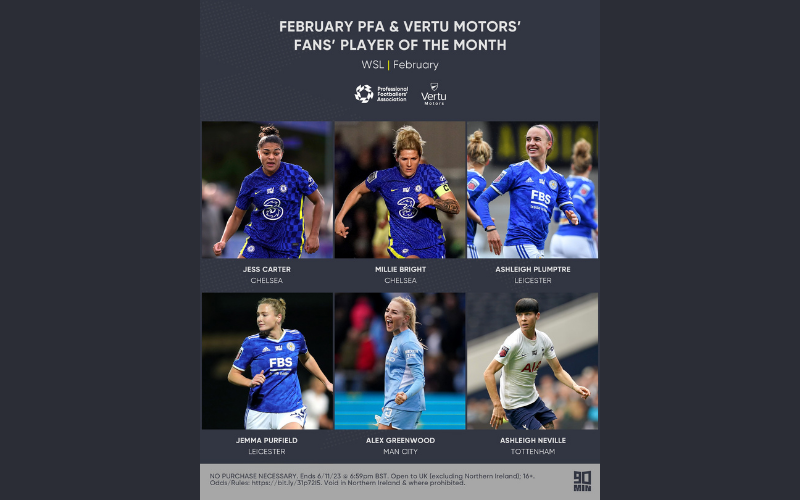 Jess Carter successfully transitioned into a right back role last month, keeping successive clean sheets. Bright helped Chelsea to back-to-back clean sheets against the tough competition of Manchester City and Arsenal. Ashleigh Plumptre contributed heavily as Leicester eased further away from the relegation zone, in two impressive victories. Staying in Leicester, Jemma Purfield got a goal and an assist in an important month for the club. Alex Greenwood was arguably the best player in the Manchester derby and generally proves vital in the way Man City push from the back. Ashleigh Neville scored in consecutive Tottenham victories, got an assist and kept two clean sheets. 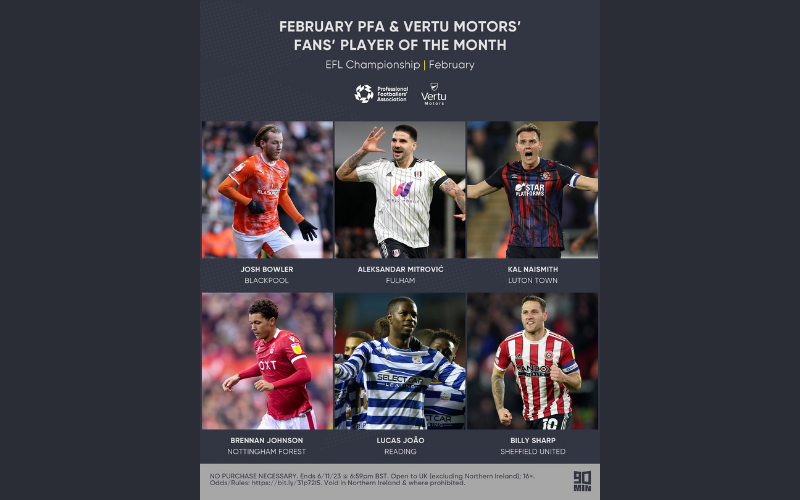 Bowler netted four times for Blackpool in February, showing why the team fought for him to stay during the transfer window. Mitrovic had another sensational set of games for Fulham, breaking the Championship goalscoring record with six goals in February. Kal Naismith has had a great season all round, and last month kept four clean sheets and assisted twice. Brennan Johnson scored four times in February to continue his fantastic season. Joao proved crucial to Reading’s success last month, scoring five goals and producing an assist. Sheffield United’s captain Billy Sharp was instrumental with four goals and an assist as United continue to push for promotion. 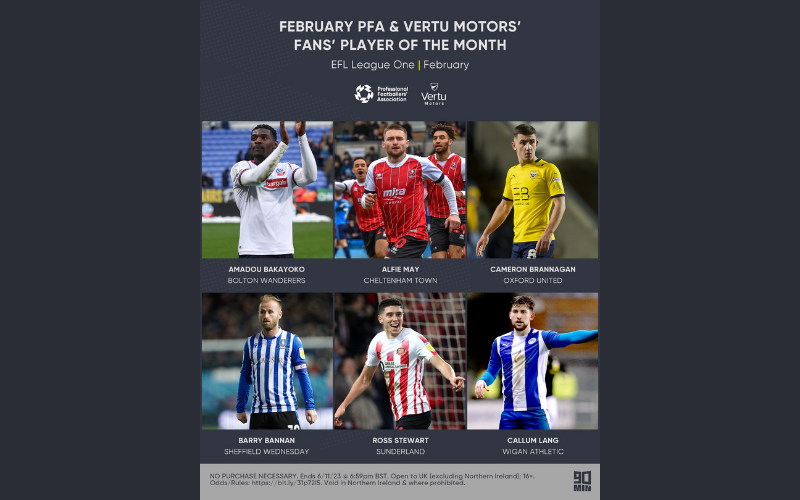 Amadou Bakayoko scored five goals in a big month for Bolton as they strive to get back into the promotion mix. Alfie May had a cracking month with a whopping eight goals in total – with four in just one game for the Robins. Brannagan netted four times in four games for Oxford. The Scottish veteran Bannan was in fine form for the Owls, scoring twice and getting three assists. February was another great month for Ross Stewart as he bagged four more goals for the Black Cats. Callum Lang scored four times for Wigan in four wins. 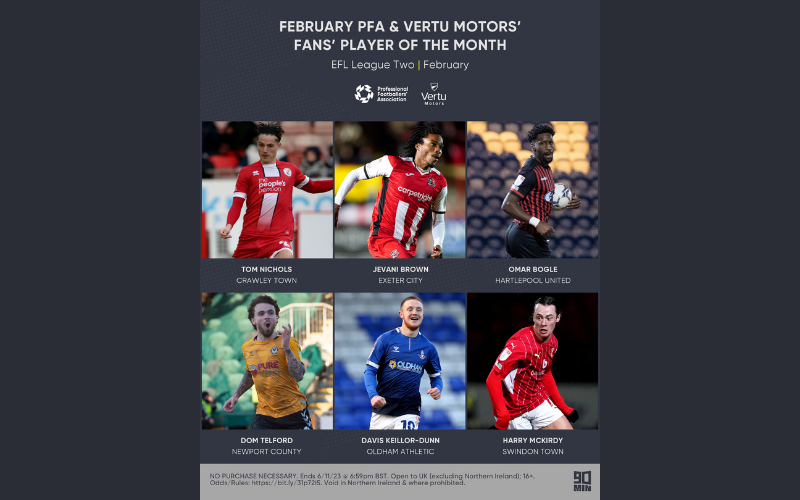 Crawley had a great month in February, helped by three goals and an assist from Tom Nichols. Javani Brown proved instrumental with three goals and two assists as the Grecians bounced back into the promotion trail. Omar Bogle had a super start to life at Hartlepool with four goals in his first month. Dom Telford is one of the league's most prolific strikers, proving just why with four goals and an assist for Newport. Keillor-Dunn was Oldham’s star player with five goals in four games. Harry McKirdy bagged three goals and three assists in another cracking month for Swindon Town.

With the nominee shortlist complete, it’s now time for the fans to decide the winner of the PFA Vertu Motors Fans' Player of the Month award for February, which celebrates the very best of the English game. 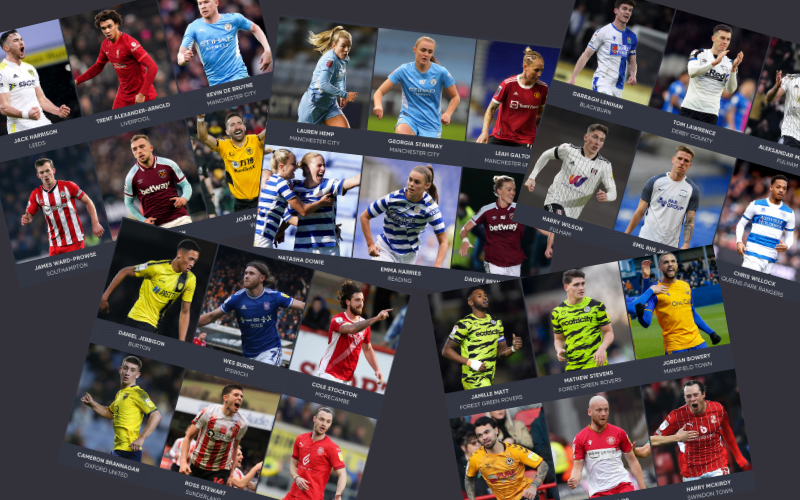 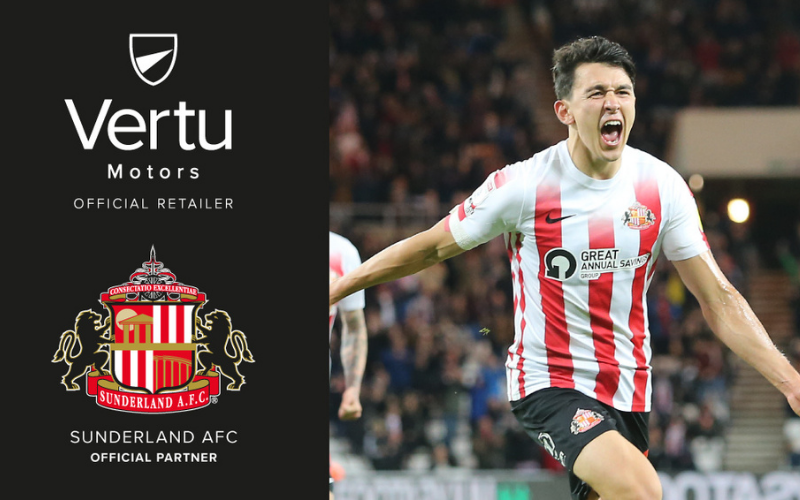 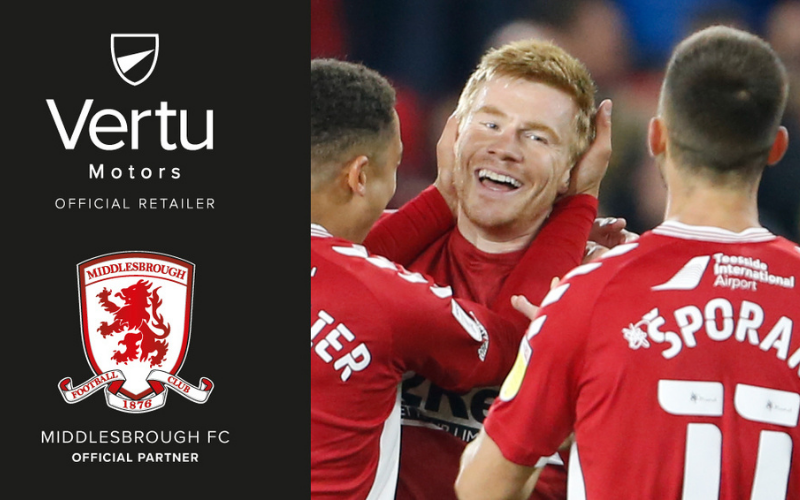 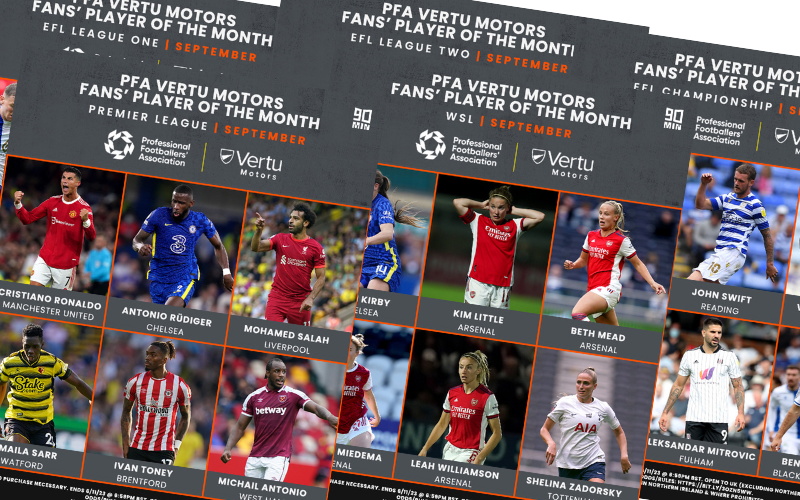