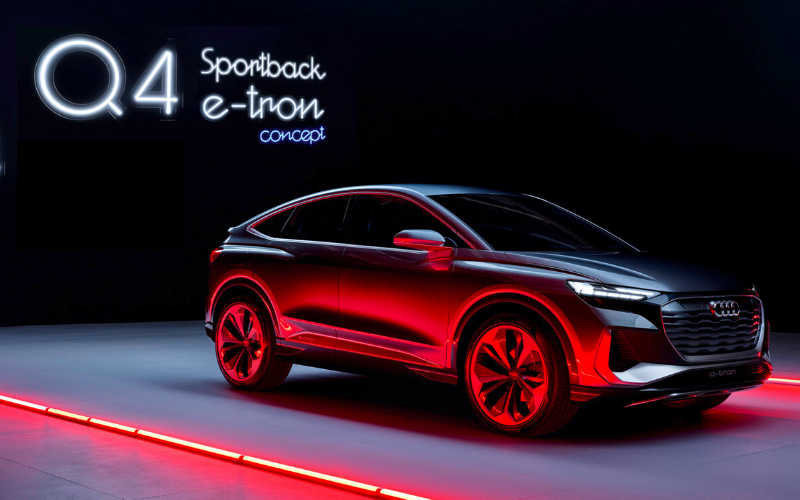 Although not expected to go into production until next year, Audi have revealed a coupe variant of the Q4 E-Tron as their new concept car.

The Audi Q4 E-Tron concept gave visitors to the 2019 Geneva Motor Show a taste of the brand’s first compact electric SUV. From a technical perspective, the two concept cars are identical, but in terms of shape, they each have their own unmistakable characteristic features.

Customers will be able to decide whether they prefer the versatility and robustness of the classic SUV or the dynamic elegance of the newly revealed coupe variant. 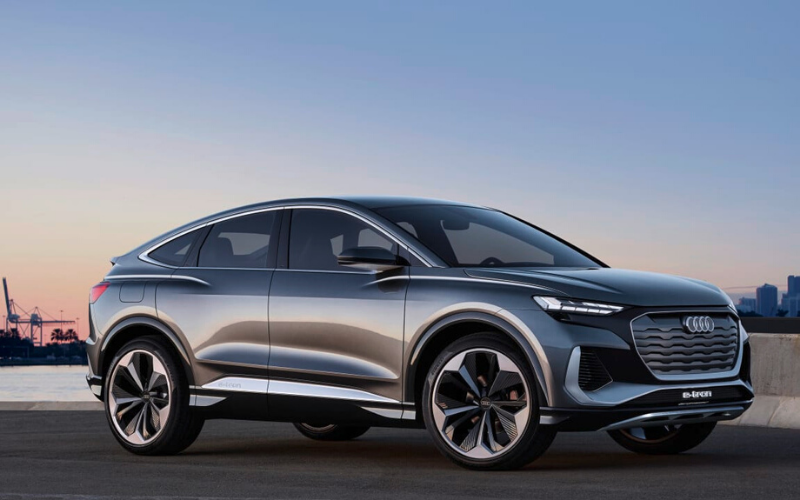 The all-electric Q4 variants will be identical in terms of their width and wheelbase. 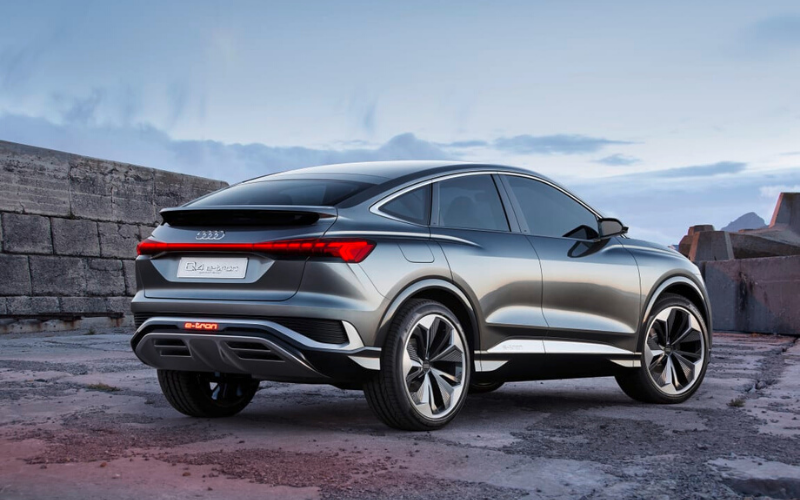 In addition to these similarities, the two concept EVs will also host the same drive technology, with two electric motors mobilising 225 kW of system output.

The driving power will be brought about by a quattro all-wheel drive. As Audi cars with excellent traction, both variants of the electric Q4 will accelerate from 0 – 62mph in an impressive 6.3 seconds! They will also be capable of hitting a top speed of 111.8 mph.

The silhouette of the Sportback slopes downward to the back in a subtle and dynamic curve and the roof line transitions into the significantly inclined D-pillars, ending in a horizontal spoiler at the level of the lower window edge.

The all-new Q4 Sportback E-Tron will also sport large 22-inch Alloy Wheels, leaving no doubt about the level of capability and performance the newest Audi family member will offer.

Inside, the iconic Audi virtual cockpit will show important key elements for the driver’s journey. With a head-up display and multiple innovative safety and drive features presented as selectable options, Q4 Sportback E-Tron drivers can tailor their journey to suit them perfectly.

The new Q4 Sportback E-Tron is also set to include Audi’s state-of-the-art infotainment and navigation systems, hosted on an impressive 12.3-inch touchscreen display - intelligently taking the stress out of driving.

Unfortunately, the new Audi Q4 E-Tron and Q4 E-Tron Sportback won’t be reaching our showrooms until at least late 2021, depending on production. 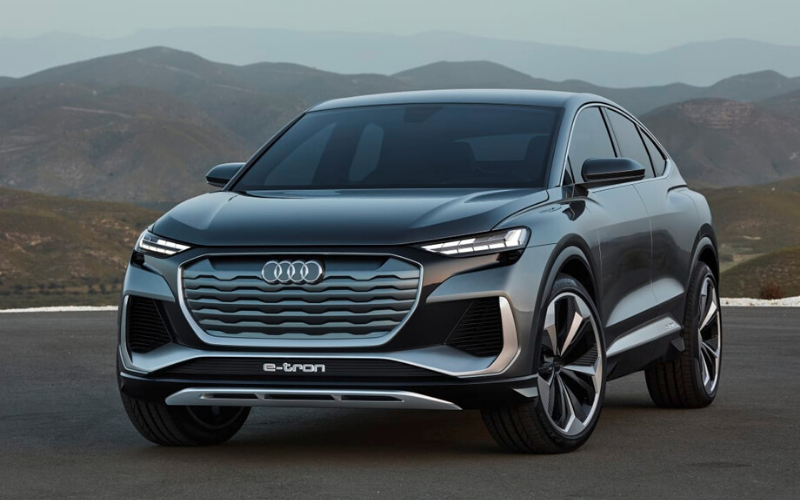 In the meantime, if you’re thinking about making the switch to the Audi E-Tron, you can click the link below to find out more on all things electric:

Alternatively, you can take a look at our incredible deals on the current Audi E-Tron and E-Tron Sportback, right here: 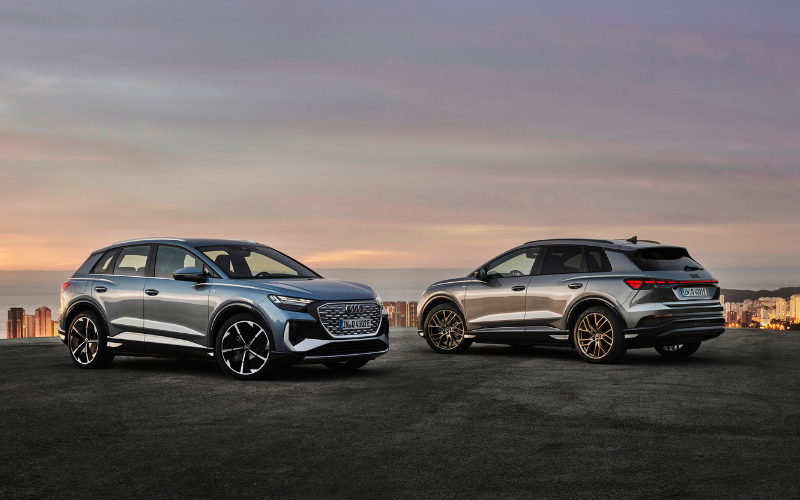 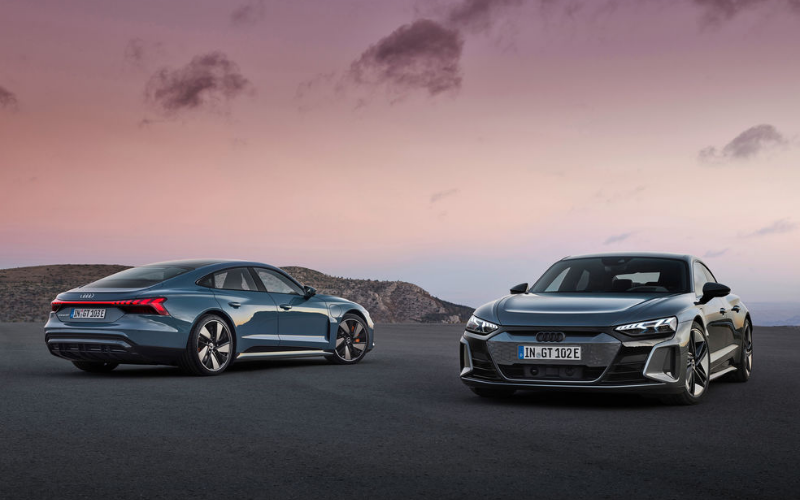 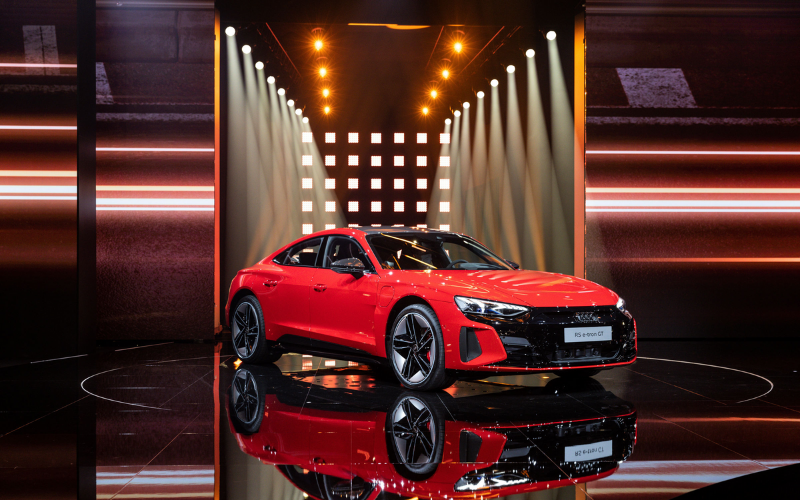